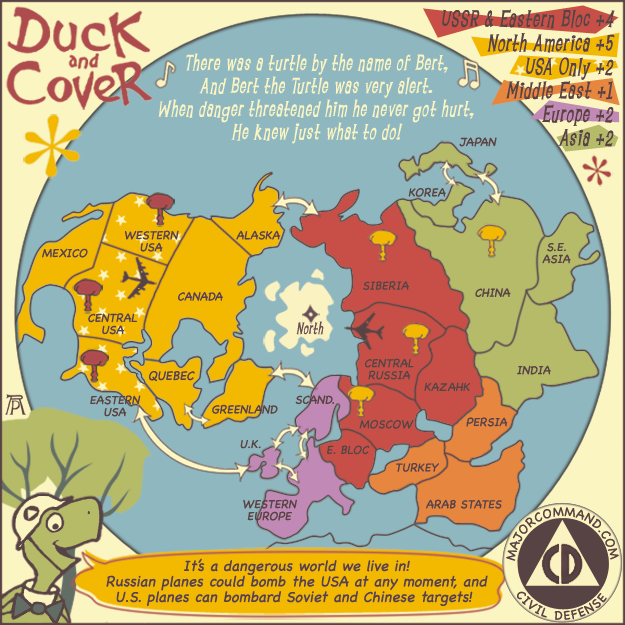 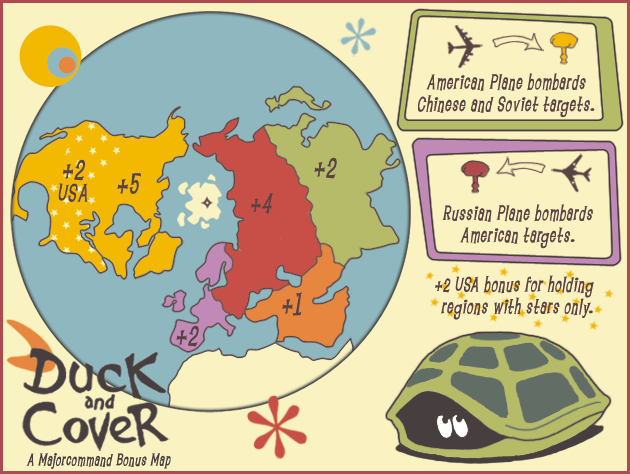 This is a small map for small games; 12p games on this one will obviously not be kind to those with later turns. This is another Cold War era map, so the Americans and the Soviets are staring each other down from across the pole - both can launch atomic bombardments against the other from the regions with planes, and the Americans can also hit Red China. There are some little commands - USA, Europe, the Middle East - which could make for nice starts, but it will take some doing to hold them. The USA needs to be ever watchful of a Soviet strike, and Europe can be hit from just about everywhere.

From time to time we mapmakers here at Major Command Risk are going to reach into their old bags-o-tricks and pull out some maps that we made a long time ago on a website far, far away. When we do we're going to offer these maps exclusively to our Commander and Strategist level users. The first incarnation of this map was made in 2007, but has been spruced up a bit for Major Command Risk.

The map is a friendly wink at the 1950s Duck & Cover instructional films, which were intended to prepare children to survive a nearby nuclear blast. According to the film, an atomic explosion could "hurt you in different ways: it could knock you down hard, or throw you against a tree or a wall." But kids were told that if they get down and cover up, just like Burt the Turtle, they would be much safer. It was a simpler time.