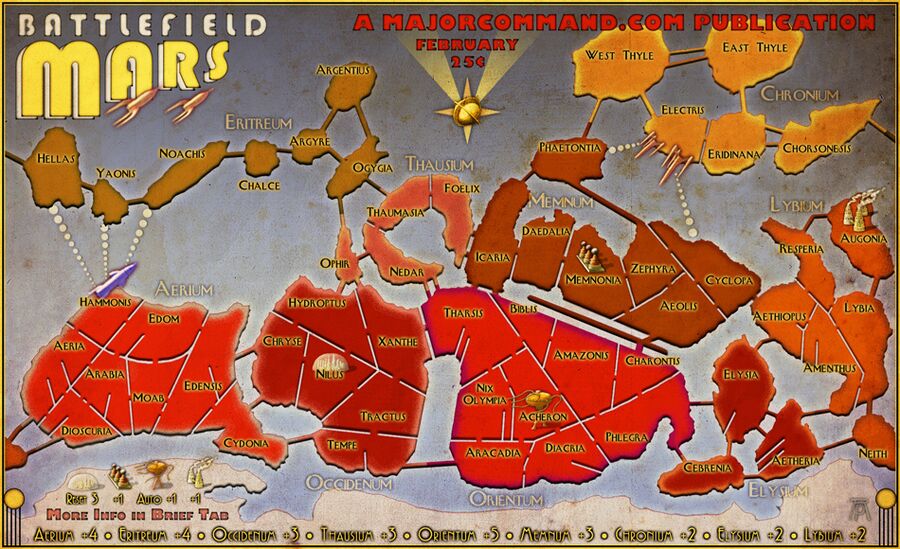 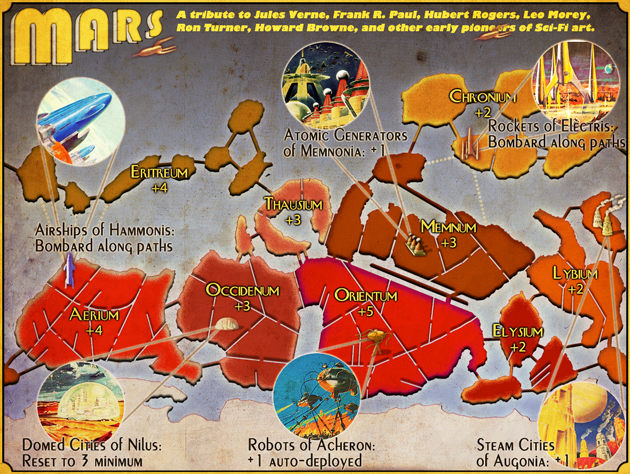 In addition to the standard regions, there are a number of special regions explained in the Map Brief. Two regions have airships and rockets that can cross the sea and bombard foreign lands. Augonia and Memnonia are key sources of energy - Atomic and Steam - and give a bonus of +1. Acheron is a manufacturing center turning out great battle robots; one troop is auto-deployed there each round. And the shield domes around the cities of Nilus regenerate to a minimum level of 3 troops each round.

Mars is my modest tribute to early Science Fiction artists, best known today for the classic cover art of such magazines as Amazing Stories, Astounding Stories, and Tales of Wonder. While the map itself is made up of entirely original elements, the Brief borrows some snippets of original art from the 1930s.

The layout of the map is drawn from 19th and early 20th century maps of Mars, sketched by astronomers who believed they saw a network of canals and theorized that perceived depressions in the landscape were ancient sea beds. The region names are borrowed from naming conventions of the early 20th century as well.