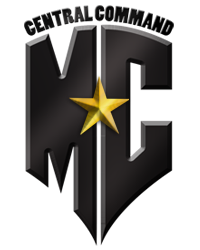 (Dedicated to Constant Improvement and Greatness)

(Dedicated to Creating the Most Fun Under the Sun)

(Dedicated to Keeping You Informed)

Ambassadors are often the first point of communication for new users. They have a variety of roles including inviting and greeting new users, answering questions, organizing community events and taking care of the Major Command Risk Twitter and Facebook accounts.

Once the Map Screeners - The Art Department is now the sculptor of the maps and other artistic items around Major Command. They make sure Major Command looks it's best at all times, and they look good doing it!

The men and women who create wars in a deliberate manner, and challenge strategists and commanders to test their skills in fighting to end the chaos, over a continent, or even the world.

A clandestine group of Sherlocks who investigate allegations of cheating and multi-account abuse. They are equipped with the latest top secret technology and know all the tricks in the proverbial book. If you have suspicions about another player, you can send a note to the MCCIC clan admin or post in the private support forum.

-A merry band of players who test bug laden new features before they are released publicly.

-The round of knights who governs the wiki land updates new entries and sweeps junk off pages. They also plan new places, making sure everyone in the world are up to date.

Retired on a Desert Island

General of the Wiki Order