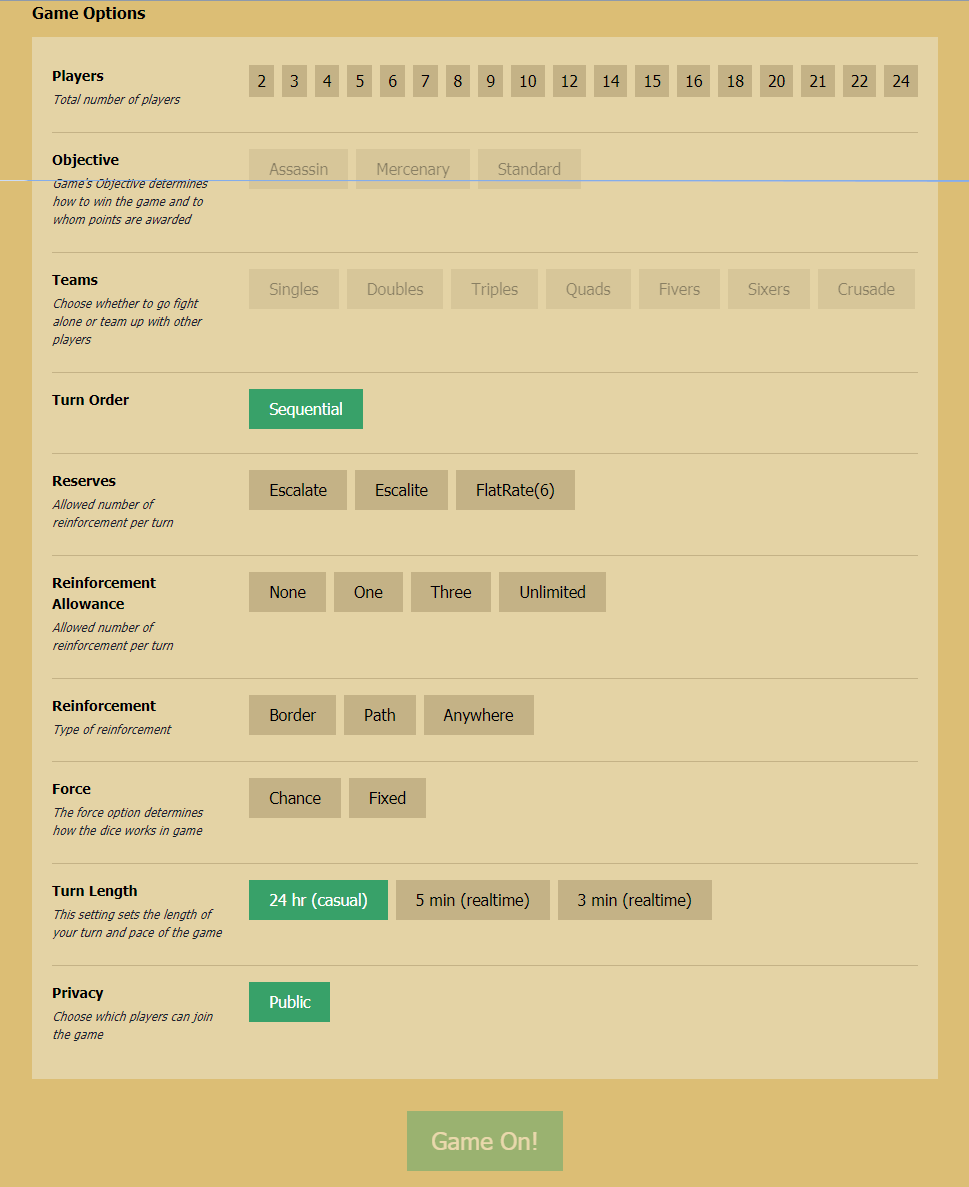 Major Command Risk like game has a variety of hand crafted and tested maps to take the action beyond the classic world map. Select the war map you would like to play by clicking on it. Use the black arrows to scroll and see more. You can click the 'zoom' link under each map for a larger view.

While playing the Major Command Risk like game you can select the number of players you want to play with, from head to head games with only two players to epic twenty-four people challenge. NOTE: team games will naturally limit your choice in number of players. For example, if you are playing triples, you can only select 6, 9, or 12 players.

The game's Objective determines how to win the game and to whom points are awarded. There are three different possible objectives.

Mercenary and Assassin are currently only available in singles games

Choose whether to go fight alone or team up with other players. More on Team games.

Reserves represent reserve troops that can be "called up" to the front when you have accumulated a set of three reserves. A single reserve is awarded to you at the end of the turn only if you've successfully attacked and captured at least one region that turn. More on Reserves.

At the end of a player's turn at games like Risk, they may choose to Reinforce their troops from one (or more) regions to to his regions or his teammate's. The number of reinforcements that can be made, and the distance that reinforcing troops can travel, are dependent on the game settings and the risk a player is willing to take in the war.

Allowed number of reinforcement per turn:

Note: When playing a game of No Reinforcements, there would be NO deferred troops given. See more about Deferred Troops.

The force option determines how the dice works in game.

This setting sets the length of your turn and pace of the game.

NOTE: All game lengths mentioned here are only approximations, as the actual game length would depend on a lot of various factors of the game.

Choose what players can join the game.