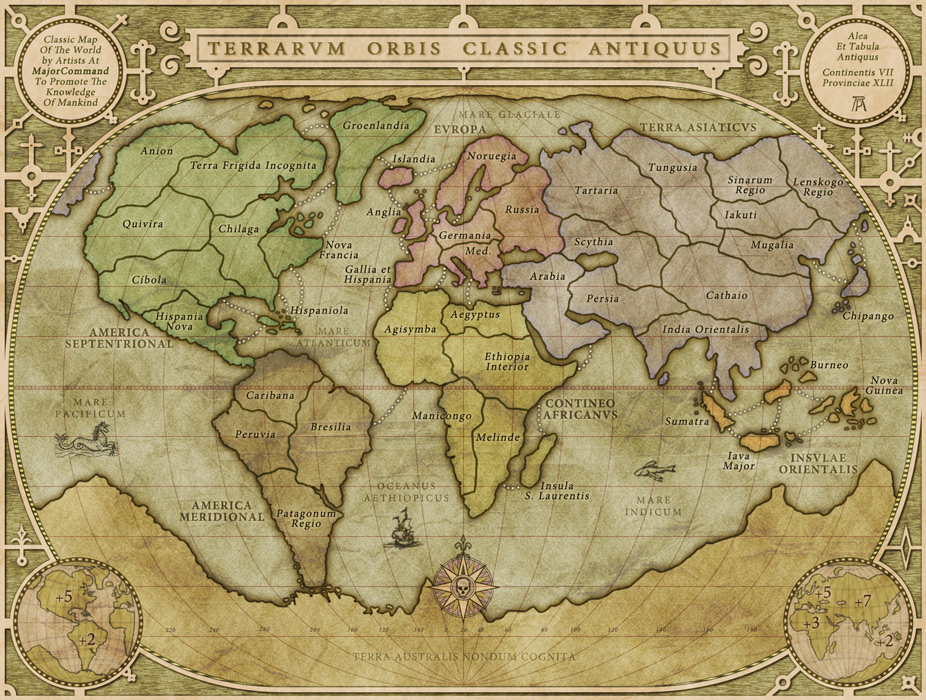 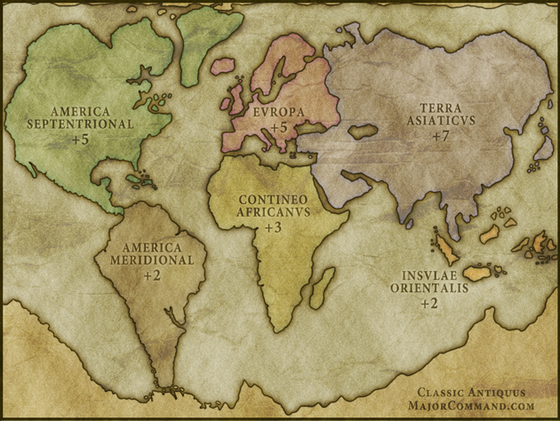 Classic Antiquus Risk Map is a medium-sized, standard play map. Insulae Orientialis and America Meridional represent the smallest and easiest to control commands, each giving a +2 bonus for holding four regions. The islands may be the most attractive region with just a single point to defend, but be aware that once you control it there's nowhere to go - Terra Asiaticus is a vast command and difficult to hold.

I created this map in 2012 in response to requests for a world map with fewer regions than our Classic Evolved Risk Map. The gameplay is very straightforward; 42 regions, six commands, no tricky Risk play features. Veterans of other gaming sites may be familiar with similar layouts, though the style and theme of our version are unique to Major Command Risk.

The stylistic inspiration came from 16th century maps by the likes of Ortelius, Ribero, and Mercator. While the size and shape of world was generally not in dispute (for the first time in history), mapmakers of the era were constantly revising their work as new information came in about the coastlines of Africa, Asia, and the New World. There were rumors of land sightings south of Indonesia, but Australia would not be officially "discovered" and mapped for another 200 years. Latin remained the preferred language of European mapmakers, though few could agree on what to call the new lands across the Atlantic.