Note: Clicking On The Map Names Will Take You To Each Map's Dedicated Page 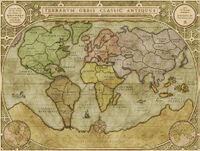 By God, we have finally been revealed to the world as we know it. As a Captain you have sailed the seas and seen lands near and far, and you believe that you have found everything there is to explore. Shall you convince the masses that this is how the world is, or will people find out that there is more to this world? At the horizon, you suddenly see something awfully familiar...

Classic Mini is the map for people who like their action fast and furious. With so few regions, players will be challenged to make the most of scant resources. Try a 12-player risk game for a real thrill!

The maps in the Major Command collection on all grounds and styles.

Based on Nineteen Eighty-Four: A Novel, often published as 1984, is a dystopian novel by English novelist George Orwell. It was published in June 1949 by Secker & Warburg as Orwell's ninth and final book completed in his lifetime. The story was mostly written at Barnhill, a farmhouse on the Scottish island of Jura, at times while Orwell suffered from severe tuberculosis. Thematically, Nineteen Eighty-Four centres on the consequences of government over-reach, totalitarianism, mass surveillance, and repressive regimentation of all persons and behaviours within society.

SPECIAL GAMEPLAY NOTE: Applies to Assassin and Mercenary games Only (not Standard games). If a player holds ONLY Superstate territories, with one troop each at beginning of turn, those territories will NOT decay to neutral, the player will NOT be eliminated, and the player will be able to deploy and attack.

Example: Player B holds 2 territories in Eurasia Superstate. Those territories are reduced to 1 troop each.

Standard Game result: When Player B begins next turn, the two territories become neutral. Player B is eliminated. No reserve cards are awarded to any player.

Assassin/Merc Game result: When Player B begins next turn, the two territories remain occupied by one troop. Player B may deploy on those territories, and play turn as normal. Though the territories were occupied by just one troop in a Superstate, they did not decay to neutral. Thus Player B is not eliminated in this scenario. 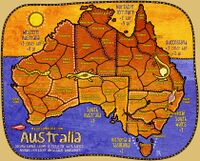 Bring along that beer which you got in your tucker bag, we'll sit down and play MajCom under the Coolibah tree. And I'll sing as I roll my dice next to the billabong, and let my troops kill yours one-two-three. Waltzing Matilda, I'm gonna kill ya, all on this map of me ol' country. Now watch out pommies, yanks and whoever there may be, you'll come a Waltzing Matilda with me. 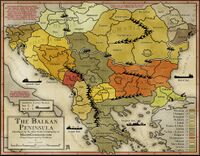 At the crossroad of Europe and Middle East lies this mountainous region amongst conflicts of distinct identities and fragmentations. Many empires and countries rose and fell in this part of the world, were split violently in several parts, or formed coalitions with others to fight against greater threats. Will you be able to unite the people of different backgrounds, and bring them peace? 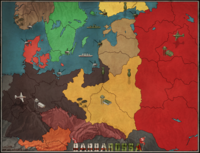 Based on Operation Barbarossa (German: Unternehmen Barbarossa) was the code name for the Axis invasion of the Soviet Union, which started on Sunday, 22 June 1941, during World War II. The operation put into action Nazi Germany's ideological goal of conquering the western Soviet Union so as to repopulate it with Germans. The German Generalplan Ost aimed to use some of the conquered as slave labour for the Axis war effort, to acquire the oil reserves of the Caucasus and the agricultural resources of Soviet territories, and eventually to annihilate the Slavic peoples and create Lebensraum for Germany.

The British Isles allows players to contest everything from London neighborhoods to the Scottish Highlands against a Victorian backdrop. Many small commands are available, making this an excellent map for larger risk games.

Cold War Europe takes players back to the days when nuclear annihilation seemed but a heartbeat away. The map features several small commands, along with innovative auto-deploy territories in East and West Germany.

Conflict Africa is what its name says, full of conflicts. Each of the conflict areas can be reached from one of the five airports by parashooter, but beware, for the jungles and deserts are known to be treacherous. You have to careful where you leave your troops, or they might be gone before next turn.... 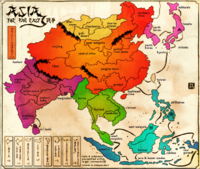 An original game play feature on this map are the nested commands - smaller bonus commands that sit within their larger parents, the Indian subcontinent and Malay Archipelago. We encourage everyone to give this one a shot. Grab some tea, achieve a zen state of mind, then destroy your opponents on this beautiful map. 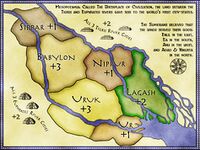 Called the Birthplace of Civilization, the land between the Tigris and Euphrates rivers gave rise to the world's first city-states. The Sumerians believed that the winds served their gods: Enil in the east; Ea in the south; Anu in the west; and Adad & Ninurta in the north. While historians may dispute the original location of Uruk, or the Hanging Gardens, you will battle for present day control over this ancient land! 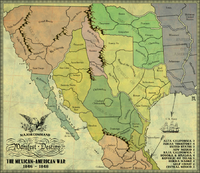 After years of skirmishes over the border between Mexico and Texas, the United States annexed Texas and claimed all land up to the Rio Grande. The US sent troops into the disputed region and were met by Mexican soldiers in April 1846. Nine months later General Winfield Scott landed troops at Vera Cruz, routed Santa Anna's army at Puebla, and marched on to the capital.
Can you band together mexico and and defend the borders? or maybe lead the US armies to victory? One thing is for sure, everything is on the line in this map!

Throughout ages past and ages to come, man continues to wage war across the Middle East. Alexander the Great, Julius Caesar, Genghis Khan... each with various reasons to march into this land. Even at present, super powers are making an attempt to control oil fields in the region. Will conquering this region bring peace to the people for good? 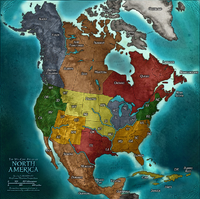 North America is one of the largest maps on MajorCommand, encompassing Canada, the United States, and Mexico, along with Greenland and Guatemala. With a variety of commands and gameplay options, North America is perfect for larger risk games and provides an excellent middle ground between medium-sized maps and Classic Massive.

Battle your nemesis on this epic head to head map. It is always only a button away until your enemy's cities are laid to wastelands... That button is so close, yet so far... But remember, you are also a button away from total annihilation. Is the world going to be yours, or theirs?

Under the golden sun is an archipelago. These islands in the far eastern seas were part of the expansion plans of numerous empires. Yet most of them failed to conquer the archipelago. Will you be able to surpass the skills shown by the kings and queens attempting to control the Philippines, and hold on to victory? Or will you crash and burn, as every captain needs to go down with their sinking ship?

The year is 117AD and the Roman Empire is at its largest, 'Stretching from Hadrian's Wall in drizzle-soaked northern England to the sun-baked banks of the Euphrates in Syria' - Christopher Kelly. Encompassing some 60 million people with cities like Rome and Alexandria which will prove to be almost twice the size of any European city at the start of the 17th century. Can you band together to unite the empire in all of its glory? or will your rivals out-compete you to control the vast domain? 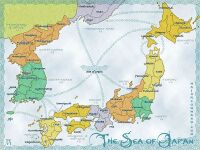 To the western world, this part of the world has been very mysterious before the modern era. Though in the twentieth century, war swept across this region. The Empire of the Sun struck out to invade nearly half the world, the Americans dropped the Fat Man and Little Boy, and Korea was dicided in two along the 38th parallel. Since then, the lands bordering the Sea of Japan were never again quite the same. 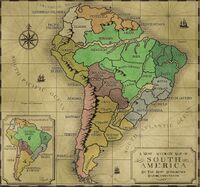 South America evokes the gorgeous nautical maps of a bygone age. It's a relatively simple map, but the major rivers of the continent help you move around quickly, so don't overlook them. South America is ideal for risk games with 4-8 players.

Struggle for control of the Unites States on this standard gameplay map. Much like Classic Evolved, this is a perfect map for the first-time player, while still being a rewarding strategic experience for veterans.

Fancy some surreal battle? These maps are out of this world! (literally!)

The red planet at the verge of conflict, all human beings and aliens alike must accept the coming of a new age. What shall be lost, and what shall be won? Find out all on this planet of red sand. 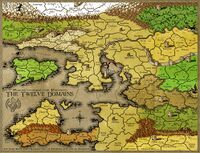 One Land, Twelve Warlords, Six Deadly Dragons... Only the one who stands in the Draig Tower will be able to command the Dragons. Will your kingdom be burnt or flooded by Dragons of Water and Fire, or will you be the one who will be aided by the Dragons? 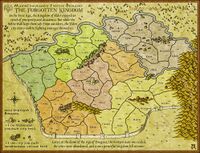 The first of the planned section maps of the 12 domains from the map above, this relatively simple map does call for a strategic mind and endurance. Who will be able to boost those cities with the surrounding villages and conquer the entire domain?

The maps of Major Command exclusive for our loyal fans. 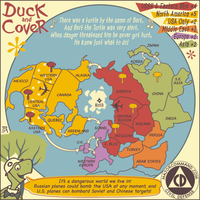 As they say, you better Duck and Cover. The enemy's bombers are coming, and you don't want to be the one to get hurt. But is that the only way? Could you stand up instead, and fight back by sending your own troops against them?