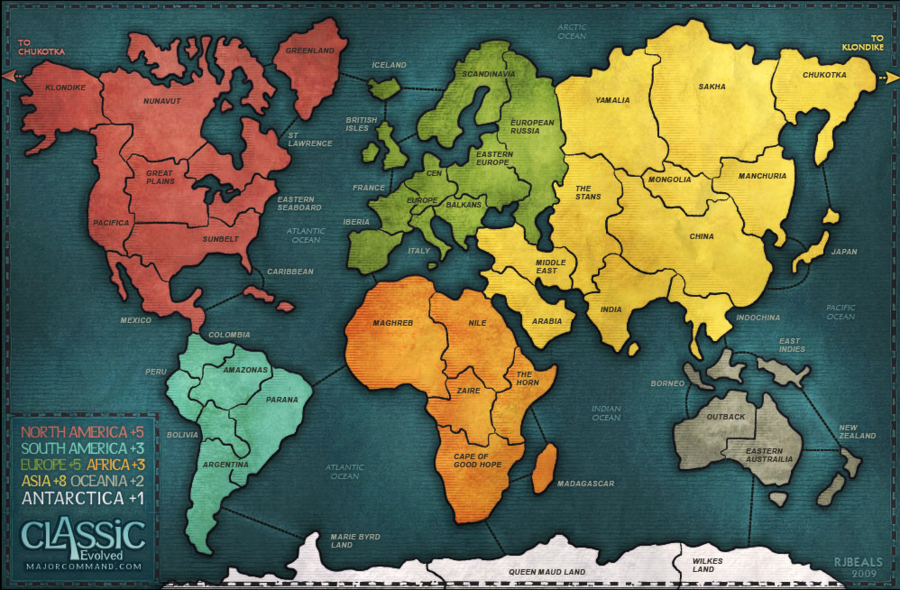 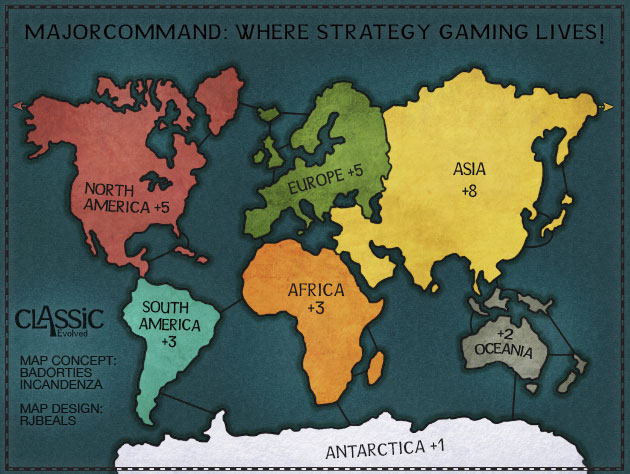 Obviously, Oceania, South America, and Antarctica are good early commands, but don't weaken yourself too much taking them, otherwise someone else might come along and take your hard-earned bonus. With only 3 borders, North America can be taken, but requires planning to take and hold.

Keep an eye on regions with high connectivity (borders many other regions) like China and Great Lakes. These are very useful regions to hang on to, especially in Escalate Singles games. 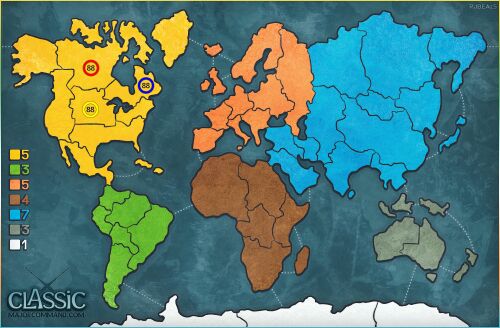 I started this map in July of 2009. This was very near the birth of majcom. Before we even had our programmer Evan on board. We knew we wanted a standard "flagship" world map, similar gameplay to the classic game, clear straight-forward gameplay and bonuses.

Below are just a couple of works in progress. The first image is borders only. The borders were created in Illustrator, and then stroked with a art-pencil brush. This allowed me to warp and stretch the borders in order to fit nicely into a game board. Then imported into Photoshop for coloring and details.

The second image shows a real rough draft, at the point we didn't even know what the troop containers were going to look like.

The third image shows a color variation we had. Notice the big hump on the western California coast. That didn't sit well with me so I pushed it back in. Also bulged out the Eastern Texas / Gulf Coast "Sunbelt" region. Also see how Middle East and Iran were 2 separate regions.