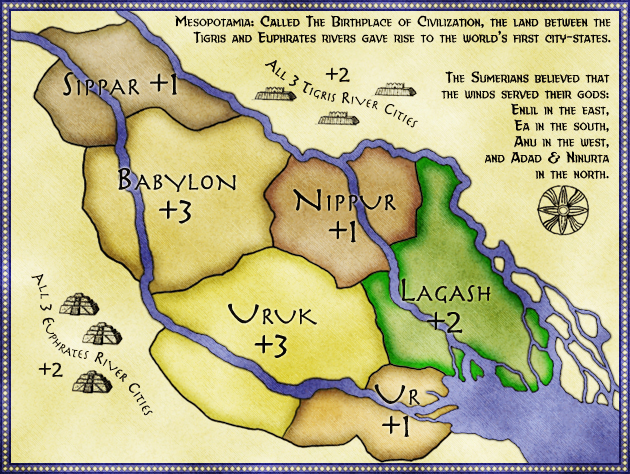 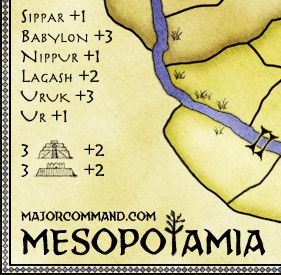 Players may wish to initially pursue a smaller command. If a player's starting position places them with an advantage to obtaining 3 like River Cities, they may be sought after. Since the River Cities aren't linked in a linear path, they must be defended individually.

Large Risk games, 10-12 players, are great fun on Mesopotamia, but they're a bit of a crapshoot, and it's not unusual for players to be eliminated before they even get a chance to take a turn. A 20% winning percentage under such conditions would be pretty amazing, so don't get discouraged.